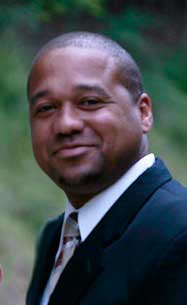 Depression affects approximately 19 million Americans, or 9.5% of the population in any given one-year period. At some point in their lives, 10%-25% of women and 5%-12% of men will likely become clinically depressed. In fact, it affects so many people that it is often referred to as the “common cold” of mental illness. It is estimated that depression exacts an economic cost of over $30 billion each year, but the cost of human suffering cannot be measured. Depression not only causes suffering to those who are depressed, but it also causes great difficulty for their family and friends who often do not know how to help.

A number of herbal remedies and supplements have been used for depression. A few common ones include:

People who are depressed may not experience all of the following symptoms. Some will have many symptoms, others will have just a few. The severity of the symptoms may also be different for every person and even vary over time. If you are experiencing some of these symptoms or if you have questions about whether you may be depressed or manic, you should consult with your physician or a qualified mental health professional. If you or someone you know is considering suicide, or has made plans to do so, you should seek help immediately.

How Depression Affects a Person’s Life

Clinical depression affects all aspects of a person’s life. It impairs our ability to sleep, eat, work, and get along with others. It damages our self-esteem, self-confidence, and our ability to accomplish everyday tasks. People who are depressed find daily tasks to be a significant struggle. They tire easily, yet cannot get a good night’s sleep. They have no motivation and lose interest in activities that were once enjoyable. Depression puts a dark, gloomy cloud over how we see ourselves, the world, and our future. This cloud cannot be willed away, nor can we ignore it and have it magically disappear.

Clinical depression is more than just the “blues,” being “down in the dumps,” or experiencing temporary feelings of sadness we all have from time to time in our lives. It is a serious condition that also affects a person’s mind and body. It impacts all aspects of everyday life including eating, sleeping, working, relationships, and how a person thinks about himself/herself. People who are clinically depressed cannot simply will themselves to feel better or just “snap out of it.” If they do not receive appropriate treatment their symptoms can continue for weeks, months, or years.

Learn More about Types of Depression

Major Depressive Disorder
This illness impairs a person’s ability to work, sleep, eat, and function as he or she normally would. It keeps people from enjoying activities that were once pleasurable, and causes them to think about themselves and the world in negative ways. Major depression is often disabling and may occur several times in a person’s lifetime.

Dysthymic Disorder
A milder yet more enduring type of major depression. People with dysthymia may appear to be chronically mildly depressed to the point that it seems to be a part of their personality. When a person finally seeks treatment for dysthymia, it is not uncommon that he/she has struggled with this condition for a number of years.

Bipolar Disorder
Also known as manic-depression or manic-depressive disorder. This condition is characterized by mood that alternates between periods of depression and periods of elation and excitable behavior known as mania (see symptoms below). For people who have bipolar disorder, the depressions can be severe and the mania can seriously impair one’s normal judgment. When manic, a person is prone towards reckless and inappropriate behavior such as engaging in wild spending sprees or having promiscuous sex. He or she may not be able to realize the harm of his/her behavior and may even lose touch with reality.

Cyclothymic Disorder
A milder yet more enduring type of bipolar disorder. A person’s mood alternates between a less severe mania (known as hypomania) and a less severe depression.

Mood Disorder Due to a General Medical Condition
Depression may be caused or precipitated by a known or unknown physical medical condition such as hypothyroidism.

Substance-Induced Mood Disorder
Depression may be caused or precipitated by the use or abuse of substances such as drugs, alcohol, medications, or toxins.

Seasonal Affective Disorder (SAD)
This condition affects people during specific times or seasons of the year. During the winter months individuals feel depressed and lethargic, but during other months their moods may be normal.

Postpartum Depression
A rare form of depression occurring in women within approximately one week to six months after giving birth to a child.

Premenstrual Dysphoric Disorder
This is an uncommon type of depression affecting a small percentage of menstruating women. It is a cyclical condition in which women may feel depressed and irritable for one or two weeks before their menstrual period each month.