I see a very dark cloud on our horizon. And that dark cloud is coming from Rome – Abraham Lincoln 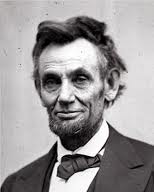 “It is with the Southern leaders of this civil war as with the big and small wheels of our railroad cars. Those who ignore the laws of mechanics are apt to think that the large, strong, and noisy wheels they see are the motive power, but they are mistaken. The real motive power is not seen; it is noiseless and well concealed in the dark, behind its iron walls. The motive power are the few well-concealed pails of water heated into steam, which is itself directed by the noiseless, small but unerring engineer’s finger.

“The common people see and hear the big, noisy wheels of the Southern Confederacy’s cars; they call they Jeff Davis, Lee, Toombs, Beauregard, Semmes, ect., and they honestly think that they are the motive power, the first cause of our troubles. But this is a mistake. The true motive power is secreted behind the thick walls of the Vatican, the colleges and schools of the Jesuits, the convents of the nuns, and the confessional boxes of Rome.

“There is a fact which is too much ignored by the American people, and with which I am acquainted only since I became President; it is that the best, the leading families of the South have received their education in great part, if not in whole, from the Jesuits and the nuns. Hence those degrading principles of slavery, pride, cruelty, which are as a second nature among so many of those people. Hence that strange want of fair play, humanity; that implacable hatred against the ideas of equality and liberty as we find them in the Gospel of Christ. You do not ignore that the first settlers of Louisiana, Florida, New Mexico, Texas, South California and Missouri were Roman Catholics, and that their first teachers were Jesuits. It is true that those states have been conquered or bought by us since. But Rome had put the deadly virus of her antisocial and anti-Christian maxims into the veins of the people before they became American citizens. Unfortunately, the Jesuits and the nuns have in great part remained the teachers of those people since. They have continued in a silent, but most efficacious way, to spread their hatred against our institutions, our laws, our schools, our rights and our liberties in such a way that this terrible conflict became unavoidable between the North and the South. As I told you before, it is to Popery that we owe this terrible civil war.

“I would have laughed at the man who would have told me that before I became the President. But Professor Morse has opened my eyes on that subject. And now I see that mystery; I understand that engineering of hell which, though not seen or even suspected by the country, is putting in motion the large, heavy, and noisy wheels of the state cars of the Southern Confederacy. Our people is not yet ready to learn and believe those things, and perhaps it is not the proper time to initiate them to those dark mysteries of hell; it would throw oil on a fire which is already sufficiently destructive.

“You are almost the only one with whom I speak freely on that subject. But sooner or later the nation will know the real origin of those rivers of blood and tears, which are spreading desolation and death everywhere. And then those who have caused those desolations and disasters will be called to give an account of them.

“I do not pretend to be a prophet. But though not a prophet, I see a very dark cloud on our horizon. And that dark cloud is coming from Rome. It is filled with tears of blood. It will rise and increase till its flanks will be torn by a flash of lightning, followed by a fearful peal of thunder. Then a cyclone, such as the world has never seen, will pass over this country, spreading ruin and desolation from north to south. After it is over, there will be long days of peace and prosperity: for Popery, with its Jesuits and merciless Inquisition, will have been for ever swept away from our country. Neither I nor you, but our children, will see those things.”